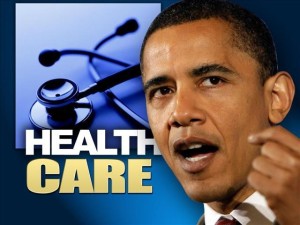 President Obama introduced a health reform bill into the United States Congress that was passed, but not without a lot of screaming and yelling. There are good things about this new legislation and then there are bad things about it. People on both sides of the argument have created informational campaigns that were supposed to clear things up for people, but they have only served to make things more confusing.

Unfortunately, not very American is an expert in reading laws and legislation. But even the people who have read the law carefully agree that there is plenty the American public does not know about healthcare reform that could help change people’s minds on whether or not it appeals to them.

#1 Healthcare Reform May Be Deemed Unconstitutional

The law states that every American citizen must purchase some form of health insurance, or they will be subject to fines in the form of tax penalties on their federal income taxes. The law also states that each state government must set up a way for people to buy affordable health insurance, whether the states can afford that kind of a program or not.

The argument about the constitutionality of the law is that the federal government does not have the power to force citizens to buy health insurance and it cannot mandate that the states offer any kind of health insurance exchange system. The law is currently being challenged in several courts despite the fact that the Supreme Court has already said that healthcare reform is constitutional.

#2 Medicare Advantage Will Be Affected

#3 Abortion Is A Hot Topic

Healthcare reform kicked up the dust of the abortion debates by mandating that health insurance providers will cover the costs of abortions in the case of incest, danger to the mother’s health or rape. Proponents of this part of the reform insist that abortion is essential in some instances, but opponents find it appalling that public funds could go towards performing abortions.

#4 Not Everyone Will Have Healthcare

When President Obama was presenting his healthcare reform ideas to the country, he vowed that every American would have health insurance under his plan. But when some experts crunched the numbers, they found that not everyone will be covered, no matter how extensive the plan may become.

In the end, it is estimated that nearly one out of every 10 Americans will still be uninsured when the program is fully in place. The problem, as many experts see it, is that the reform bill forces people to buy insurance to cover themselves, but it does not explain how low-income Americans who have no way of affording health insurance will be able to buy it.

#5 The Big Changes Are Yet To Happen

When you open up the newspapers or go to the Internet, you may see a lot of news articles that are already blaming healthcare reforms for problems in the United States. The truth is that any entity that blames healthcare reform for problems at this point is incorrect. The actual insurance exchanges and laws dictating that all Americans must purchase health insurance do not go into effect until 2014.

#6 The Effect On Taxes

At this point, it is estimated that the average working American family with health insurance pays an extra $1,100 per year to help cover uninsured people. Medical facilities are forced to treat uninsured patients and those costs get pushed on to working people in the form of taxes and higher insurance premiums.

This has been going on so long that most families do not even realize that they are paying that much more to covered uninsured people. The effects could become noticeable starting in 2014 when the uninsured are forced to buy insurance, but they cannot afford it. All of these new programs need to be paid for in some way, and that way will probably be from the pockets of working and insured Americans.

#7 The Effect On Small Business

When the reforms take away rationing from the insurance companies they will put it in the hands of the federal government. The healthcare reforms allow for a commission to be created that would help determine which treatments are necessary and which ones are not. But the government would not be bound to accept the recommendations of the commission at all.

One of the biggest fears opponents have of healthcare reforms is that they say it puts us on the road to socialized medicine. This is the same kind of system they have in Canada and Great Britain where the government is in complete control of the healthcare system, which includes running hospitals and hiring doctors.

While this plan does discuss generalizing health insurance, it says nothing about the government taking over the infrastructure of healthcare. There is little to indicate that this plan puts the United States on the path towards socialized medicine.

There is a lot of opposition to healthcare reform because many opponents do not see how it can possibly reduce healthcare costs in the long run. The biggest problem with this program is that it comes at a time when the United States is still recovering from one of the worst recessions in history and is also financing a significant war effort. The upfront costs of the program are high and they come at a bad time in the history of the United States.

#11 Healthcare Reform Was Not Wanted

The reason that the president pursued healthcare reform so vehemently is because he and his advisors saw a desperate need to change the system. If the president had asked the public, he would have learned that almost 80 percent of Americans were completely happy with their current health insurance and saw no reason to make a complete overhaul of the system.

#12 Americans Themselves Inspired The Change

The American population has medical trends that seem unique to the country. Obesity is a significant issue in the United States that looks to cost the country billions in medical fees in the coming years. The need for a change in the healthcare system was seen as a way to combat the coming problems that overeating, smoking cigarettes and drinking alcohol will bring.

#13 Healthcare Costs Are Spiraling Out Of Control

Many people think that only small businesses and private individuals bear the burden of health reform. But insurance companies will also face a bevy of new regulations that could prove to be financially challenging as well.

#15 People With Insurance Will Probably Not Notice Anything

Healthcare reform is aimed at providing health insurance to people who do not have it. If you have health insurance, then the chances that you will notice any changes are very small.