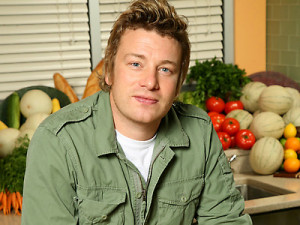 Healthcare and healthy lifestyles are important for many reasons. People who keep themselves fit can live longer and happier lives. When people focus on healthy diet and exercise, they tend to spend less time in the doctor’s office and that helps to reduce the overall burden of healthcare costs on a society. Obesity is one of the biggest health issues in the United States and the long-term effects of obesity can wind up costing society billions of dollars each year in healthcare costs.

The 30 most famous figures in healthcare worldwide are doing their part to bring awareness to the population and help to develop the technological innovations that will save lives now and in the future. Developing a strong worldwide healthcare community requires the involvement of a wide variety of people from many different aspects of society.

In the history of the United States, there have been many first ladies who have utilized their public persona to achieve lofty goals. Current first lady Michelle Obama has traveled the country and gone on numerous talk shows to promote her Let’s Move project, which promotes healthy habits such as a good diet and plenty of exercise.

It is easier for a person to maintain a healthy diet when he is introduced to it at an early age. British celebrity Chef Jamie Oliver has been traveling the world and introducing healthier menus to school cafeterias in an attempt to get young children thinking about good health.

Dr. Ian Olver is an oncologist who has gained fame in Australia and around the world for his tireless work in the fields of cancer research and treatment. He has been one of the most vocal fundraisers for cancer research in the world.

Most people have heard of the Heimlich Maneuver, but few people realize that this life-saving process was created by American doctor Henry Jay Heimlich. His abdominal thrust to assist a choking victim has saved people all over the world.

Dr. Barry Marshall was part of a group of medical pioneers who proved that stomach ulcers were caused by bacteria and not by stress or anxiety. As a result of his research and findings, there have been significant breakthroughs in stomach cancer research and treatments.

These two healthcare pioneers passed away in 1939, but their work in medical research and treatment still lives on in the Mayo Clinic that they founded. The brothers were able to turn their small, private practice into one of the most significant medical treatment and research facilities in the world.

Prior to the pioneering work of Dr. Avery, the medical world knew very little about the molecular makeup of the human body. Dr. Avery was the first researcher to accurately break down human DNA and identify chromosomes and genes.

When you talk to any nutritionist or physician in the world about how diet affects the human body, they will instantly identify Dr. Bircher-Benner as the first person to prove that fresh fruits and vegetables can actually cure disease.

Dr. Bethune is well-known throughout the world as being the man who created battlefield medical treatment methods that have saved the lives of millions of soldiers. He was the first to design and implement a mobile medical unit for battle, which was utilized by the Canadian Armed Forces.

Dr. Banting is world famous for his work in isolating insulin as the substance that can be drawn from the human body to treat diabetes. He was also the youngest Nobel Prize winner in history as he won the award at the age of 32.

There are few figures in the history of healthcare more famous than Sigmund Freud. His research into psychoanalysis changed the way that the world looked at and treated many mental conditions.

Dr. Goodfellow is so famous that his name has become synonymous with generous and kind people. He was the foremost surgeon of the American Wild West and he developed many surgical techniques for treating bullet wounds on the field of battle that are still used today.

Dr. Fauchard is credited with being the first physician to specialize in dentistry. He began developing treatment procedures that would be the foundation of modern dentistry.

15) Dr. Emil Kocher – Former Researcher at the University of Bern in Switzerland

Almost all of the modern surgical methods used to treat the myriad of conditions surrounding the thyroid were developed by Dr. Kocher. He won a Nobel Prize for his work in 1909.

16) Dr. Egas Moniz – Former Researcher at the University of Lisbon

Dr. Moniz is credited with developing the brain procedure known as the lobotomy.

Sir William is generally regarded as the founder of all modern medicine. He and his partners were instrumental in creating many of the most prestigious medical schools of today.

Dr. Ransohoff is credited with developing the modern methods used for identifying and removing brain tumors.

Dr. Urbani was the doctor credited with identifying SARS as a dangerous condition. It was also the disease that would eventually claim his life.

Sir Yocoub is recognized as one of the more prominent heart and lung transplant physicians in medical history.

The Whipple Procedure used to treat pancreatic cancer is named after Dr. Whipple. He has a legacy of important work done in the area of pancreatic diseases.

Dr. Aaron has gained world prominence as an expert in the study of aging and dieting.

Dr. Abbondanza is known for a long list of medical procedures dealing with the eyes, but he is mostly known for his work in removing cataracts.

Dr. Agras has been a leading researcher in the link between mental disorders and their physical consequences. He is most known for his work in treating obesity.

Dr. Hess invented the first fetal heart monitor and was a pioneer in the treatment of newborn children.

Dr. Yegorov made front page news when he was the first doctor to ever go into space and orbit the Earth.

Dr. Kety is world famous for his work that resulted in the ability to accurately diagnose schizophrenia.