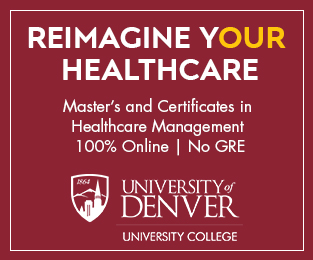 Sharing the latest medical research on your hospital’s blog and social media accounts can help you attract followers and build up buzz for your facility. In addition to keeping consumers informed about breakthroughs being made at your own hospital, you can also monitor peer-reviewed journals for interesting developments and summarize them for your followers.

Once you’ve found something newsworthy to talk about, you’ll need to determine the best platform or platforms to share it on. If you’re sharing an article that doesn’t require much explanation, you might just write a quick summary and share it on Facebook, Twitter, Google Plus, or LinkedIn. For more complicated items, you might want to write a new blog post and share it. You could also add an image to go along with the post. The image can then be shared on Facebook, Pinterest, or Flickr. It’s a good idea to put your website URL or the name of your hospital on the image so that people can tell where it came from no matter how many times it gets re-shared.

Most of the nation’s top hospitals are already doing an awesome job on their social media strategies, so the staff at MHAdegree.org, advocates of in Healthcare Management Education Online, decided to list the best of the best. We took on the arduous task of gathering social media stats for all of the hospitals listed as “Nationally Ranked” for at least one adult specialty by U.S. News & World Report and used the number of followers and the amount of activity on each platform to calculate a score. The highest possible score was 100, with 21 points for Facebook, 17 for Twitter, 18 for YouTube, 18 for LinkedIn, 8 for Pinterest, 12 for Google Plus, and 6 for Flickr.

Feel free to display the badge above on your website and social media accounts if your hospital made our list of the 50 most social media friendly nationally ranked hospitals.

96.1
The Mayo Clinic in Rochester is #3 on the 2012-2013 Honor Roll. The hospital is nationally ranked in all sixteen adult specialties with a #1 ranking in three of them: diabetes & endocrinology, gastroenterology & GI surgery, and gynecology.

93.0
The M.D. Anderson Cancer Center’s slogan is “Making Cancer History,” and judging by their #1 ranking for cancer, they take that mission seriously. The center’s Moon Shots Program aims to dramatically increase the rate of scientific advances in the area of cancer research and treatments.

88.0
On the honor roll with 11 national rankings, the Mount Sinai Medical Center has three top 10 rankings. They were ranked #2 in geriatrics, #7 in gastroenterology & GI surgery, and #10 in cardiology & heart surgery.

86.4
The Dana-Faber Cancer Institute, ranked #5 in the nation for cancer, is committed to providing the best possible care for each patient while working to research and develop new treatments and cures.

85.1
For over 100 years, City of Hope has been searching for new ways to improve the lives of its patients. As a founding member of the National Comprehensive Cancer Network, the hospital is one of the nation’s leaders in the fight against cancer.

83.7
Oregon Health and Science University got its start in a converted two-room grocery store in Portland in 1887. Since then, they have grown to become a well-respected teaching hospital with a vision to make Oregon a national leader in health and science innovation.

82.4
Brigham and Women’s Hospital is on the Honor Roll with 13 nationally ranked specialties, including seven in the top ten. They are ranked #2 in gynecology, #5 in cancer, #5 in rheumatology, #6 in nephrology, #7 in diabetes & endocrinology, #9 in cardiology & heart surgery, and #10 in pulmonology.

80.5
Roswell Park Cancer Institute’s slogan is “Cancer Can’t Win.” The institute has over 3,000 scientific, academic, and medical professionals working to develop cures and develop new therapies for the treatment of cancer.

80.5
Vanderbilt is nationally ranked in 11 specialties, including three top 10 rankings. They are ranked #6 in urology, #7 in ear, nose & throat, and #9 in pulmonology.

80.4
Sarasota Memorial Hospital is one of only two hospitals nationwide that ranked better than average for the treatment of heart attack, heart failure, and pneumonia, according to a Kaiser study that ended in June 2011. The study was based on hospital readmission rates.

79.8
Jefferson University Hospital is nationally ranked in 12 specialties and included on the Best Hospitals Honor Roll for 2013-14.

79.4
New York-Presbyterian University Hospital made the Honor Roll with 14 national rankings, seven of which are in the top 10. They ranked #3 in nephrology, #4 in neurology & neurosurgery, #4 in cardiology & heart surgery, #5 in psychiatry, #5 in urology, #7 in diabetes & endocrinology, and #9 in gastroenterology & GI surgery.

#18) Hospital of the University of Pennsylvania – Philadelphia, PA

79.2
NorthShore has been recognized for its quick implementation of new and innovative technologies, such as the Electronic Medical Record system. Their mission is simple: to preserve and improve human life.

79.1
Spectrum Health is dedicated to one thing: making health care better. This means improving value by provide high-quality healthcare that is also efficient and accessible. Spectrum maintains a high quality standard while keeping its costs low.

76.8
UNC Hospitals strives to become the health care employer of choice in order to attract and retain the best physicians and other team members. To do this, they concentrate on safety, quality, and employee recognition.

76.5
Florida state representative H. Lee Moffitt started working to establish a cancer center in the Tampa area in 1978 after surviving his own battle with cancer and watching two friends die of the disease. The center, which opened in 1986, is dedicated to contributing to the prevention and cure of cancer.

75.3
Northwestern Memorial Hospital is on the Honor Roll with national rankings in 12 specialties. Northwestern strives to be the destination of choice not only for patients seeking quality healthcare, but also for the doctors and other professionals who provide it.

75.3
Rush is ranked in 11 specialties, and their mission is to provide the very best care for their patients through education, research, community service, and relationships with other hospitals. They strive to be one of the best clinical centers in the nation.

75.1
In March 2012, the University of Maryland Medical Center completed the most extensive face transplant to date. The transplant transformed the life of Richard Norris, whose face had been disfigured by a shotgun blast fifteen years earlier.

74.9
Nebraska Medical Center is a teaching hospital that has one of the best organ and bone marrow transplant programs in the nation. The Transplant Center has performed over 2,000 liver transplants and more than 5,000 transplants total.

74.5
Christiana Care is one of the country’s largest hospitals, ranking 21st in the nation for hospital admissions. The hospital has a Level 1 trauma center and a Level 3 neonatal intensive care unit. It is recognized for excellence in cancer, cardiology, and women’s health.

73.4
At OSU’s Wexner Medical Center, there are over 1,000 active research studies being conducted. OSU ranks 10th in the nation for total research expenditures. Its research discoveries allow it to offer a higher level of care to its patients.

72.9
The University of Virginia Medical Center strives to foster innovation in care and training methods, to become a leader in training students and faculty, and to lead the nation in quality, safety, service, and compassion.

72.7
The University of Chicago Medical Center includes the Bernard A. Mitchell Hospital, the Center for Care and Discovery, the Chicago Lying-in Hospital, the Comer Children’s Hospital, and the Duchossois Center for Advanced Medicine.

72.6
The Medical University of South Carolina is a teaching hospital with world-class physicians. Patients benefit from MUSC’s groundbreaking research and the school’s team approach to patient care, which encourages collaboration between specialists in multiple disciplines.

70.9
National Jewish Health is ranked #1 in the nation for Pulmonology. The hospital is renowned for its treatment of cardiac, respiratory, and immune disorders. It has been ranked the #1 respiratory hospital in the US by US News and World Report for 15 years in a row.

70.1
Beth Israel Deaconess Medical Center ranks third in the nation for research funding, which allows the center to make revolutionary advances in creating new therapies and treatments for its patients. There are more than 300 clinical trials running at the center at all times.

69.8
UPMC is on the Honor Roll with national rankings in 14 specialties, including top 10 rankings in gastroenterology & GI surgery; nephrology; orthopedics; pulmonology; ear, nose, and throat; geriatrics; neurology & neurosurgery; and psychiatry.

68.8
Indiana University Health made the Honor Roll with rankings in 11 specialties, including a #8 ranking in urology. IU Health University Hospital is home to the only NCI designated cancer center in the state as well as the state’s largest transplant program.

68.7
The Fox Chase Cancer Center implemented several collaborative cancer research initiatives in February 2008. These Keystone Programs, as they call them, focus on areas such as personalized risk and preventions, blood cell development and cancer, and personalized kidney cancer therapy.

65.9
The Shepherd Center is known for its neurological and neuromuscular research, which focuses on brain and spinal cord injuries, multiple sclerosis, and neuromuscular disorders. Through its research, Shepherd works to develop new treatments, drugs, diagnostic tools, and surgical techniques.

64.9
The Texas Heart Institute is ranked #6 in the nation for cardiology and heart surgery. The institute’s mission is to reduce the impact of cardiovascular disease through research, education, and improved patient care.

64.8
The University of Texas Southwestern Medical Center started out as a small wartime medical college in 1943. Today, UT Southwestern cares for more than 100,000 patients annually. The center continues to grow to keep pace with the needs of modern science and medicine.

64.8
Lahey Hospital & Medical Center includes the Cerebrovascular Disease Center, which provides treatment for strokes and brain aneurysms, and the Landsman Heart & Vascular Center, which offers cardiology services such as electrophysiology and angioplasty.

64.1
Greenville Memorial Hospital’s Cancer Institute is the only comprehensive cancer treatment program in South Carolina. The hospital also has a Children’s Hospital, Heart Institute, Sleep Center, and a Rehabilitation Hospital.

63.6
Cedars-Sinai is nationally ranked in 12 specialties, including a #6 ranking in gastroenterology & GI surgery. The hospital is dedicated to providing quality patient care, expanding medical knowledge, educating healthcare professionals, and improving the health of the community.

62.5
The Emergency Medicine physicians at Wake Forest’s Level I Trauma Center are board-certified and ready to handle whatever comes their way. Wake Forest Baptist Medical Center also has a Comprehensive Cancer Center, a Heart Center, and an Institute for Regenerative Medicine.

If your hospital didn’t make the list, you might want to take some time to evaluate your social media strategy and determine what else you could do to engage the community and build up your reputation as a source of reliable medical information.

Note: Please let us know if you notice any errors in your social media information so we can make corrections as needed.